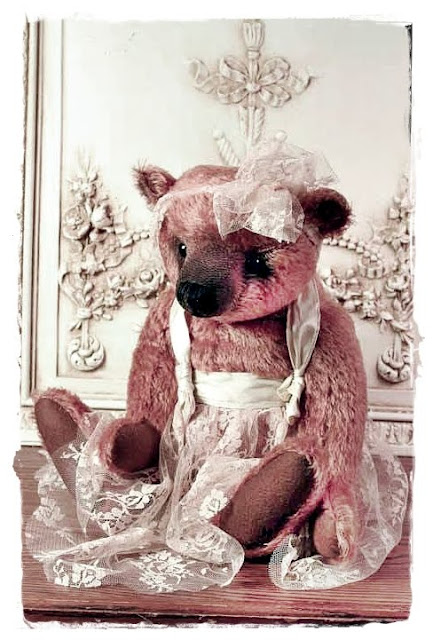 
I read a post from Marydon @ Blushing Rose recently and she
asked what sort of mischief did you get up to as a child during the
holidays?

I thought for a minute, I was usually pretty good, not much of a trouble-
maker, when I remembered this ONE Christmas.

I was 11 years old and in the 6th grade, old enough to know better for
certain. I went on the prowl. Silently sleuthing throughout the whole
house on the hunt for hidden Christmas presents.

After some searching I finally hit the jackpot. In my parents bedroom
closet. On the top shelf. Under some clothes.
A TEDDY BEAR

I knew instantly it was for me. I was the only one in the house that
had a fierce obsession with all things teddy bear that year.
I was very excited but instantly felt guilty for peeking and it did ruin
the surprise for Christmas that year. Thankfully that was the only
gift I located or Christmas would have really been a bummer and it
would have been nobody's fault but my own!

I got all sorts of bears. Big ones. Small ones, even a couple bears
that my Mom sewed clothes for. It was a bear extravaganza.

I did learn my lesson, I have never peeked at a Christmas gift
since that Christmas long long ago, however that is not to say that
I haven't been tempted! 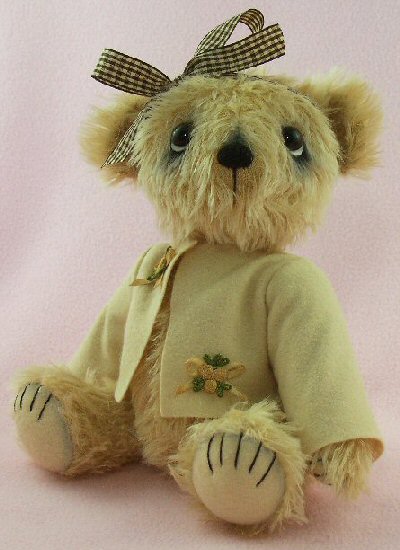 Speaking of bears, I just found out I won this sweet girl, Kichi! Sandi from
Bearly Sane-Blog of a bear Nut had a giveaway and my name was drawn!
We have decided she was fated to be mine since Sandi and I are both
Geminis and Kichi is from a series of Gemini Bears. It's odd that I already
had this post ready to go about my collection of bears when I was little. I
think it must fate. 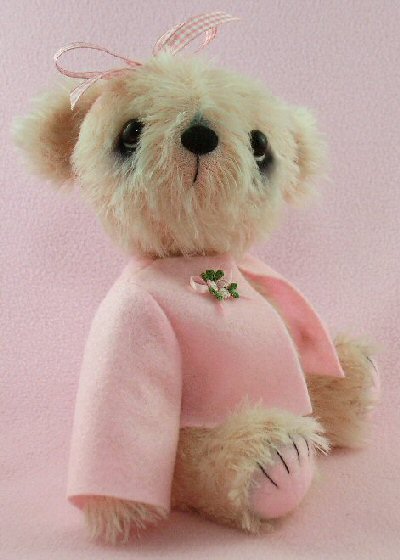 Sandi also has another bear, Kiku, that she is going to give away. If
you would like a chance to win her, go see Sandi HERE to sign up!

On a side note, my Sister recently found a website called PNP
Communications~Portable North Pole. This site lets you personalize
a message from Santa to a special child (or adult!) in your life. My
Sister had a message sent to my Nephew (via email) and you should have
seen his eyes widen when Santa said his name and even knew what he
wanted for Christmas. His whole little face lit up, it was so much fun to
watch! I hope you check it out, it really is worth it!

Lovingleigh Created By Tara at 1:30 PM

Hi!!
I love the bears!! Congrats on your win!! She is a beauty!! Great story and what a great site for Santa!
Hope you are ready for the big day and enjoying the count down!
Merry Christmas!
Hugs, Lisa

The bears are just darling and how wonderful to win such a cutie! Hope you're having a great Christmas week.
Christmas Blessings,
Debra

You sure are winning a lot of loot lately! Look for ward to seeing you soon!!!

Sares,
good you learned your lesson:) Love the bears! too darling!
Blessings!
Gwen

Congratulations on winning one of Sandi's cute bears.

I hope that you are having a wonderful week in the count down to Christmas.

Cute bears! You do win a lot on blogs....you must enter a lot. Or you are just lucky! :)
Funny about the story. I honestly can't remember if I ever peeked at presents! ;)

Congrats! I can't believe you were naughty only once!

Sares: I did not know you love bears! What a great bear you won too! I love how you think you were so bad that Christmas. Wouldn't it be wonderful if that was all the bad anyone ever did! You are the best! Blessings my friend! Martha

Hi Sares!
Loved the story...if the truth be told, it's probably something that most of us are guilty of doing at some stage in our lives.
Your bear is on it's way, posted her this afternoon.
Anna by Heidi Steiner is gorgeous, a very traditional bear indeed.
Warmest hugs,
Sandi @ Bearly Sane

Congrats on winning, Sares! And what a coincidence that you would win it in time when you are posting about your teddy bears.So you were a mischievous child, huh! LOL! J/K!...Christine

and you were so right about the ship. It was really huge so I got enough exercise from walking. The shows were truly spectacular. Wait till I show you more!...Christine

G'morn, sweet Sares ~ Ahhh! what sweet memories resurface ... I sometimes wonder if there ever is a child that doesn't 'go on the ultimate search ...' every year. Love your Teddy Bear moments ...

WOW! What a darling bear you have won! Darling!

Sares, we have enough snow here to spread around ... tho I know well how little snow you all get there. It does add such a touch of romance & mystical magic to the holiday season.

Love the bears!! When I was 11 I had a thing for bears too. Merry Christmas!!

Oh what a cute Christmas memory. :-) I think I remember doing something of the same...

Congratulations of winning the darling bear.

your new friend is soooooo cute!!!! congrats!! hope you are enjoying the season.

Now don't you feel better having confessed all that snooping! Love the bears...so cute! The letter from Santa idea is so cute, I bet your son was amazed indeed!

Congrats on your win!

Sares, what a wonderful post! Unlike you, I always poked around to find what presents I could and then had to pretend to be surprised come Christmas morning! Not much fun to be sure, but I was a kid . . . that's my story and I'm sticking to it! LOL!

Congratulations on your win. The little bear has found an extra special home.

Okay, so your post just made me remember this ONE (just ONE) Christmas, too!!!!! I found AAALLLLLL of my presents in my parents' closet, as well!!!!! But not in the bottom under the clothes, but on the TOP of the closet!!!!!! hahahahahahha!!!!! Obviously you didn't climb as high as me when I was a kid!!!!! hahahahahahahaha!