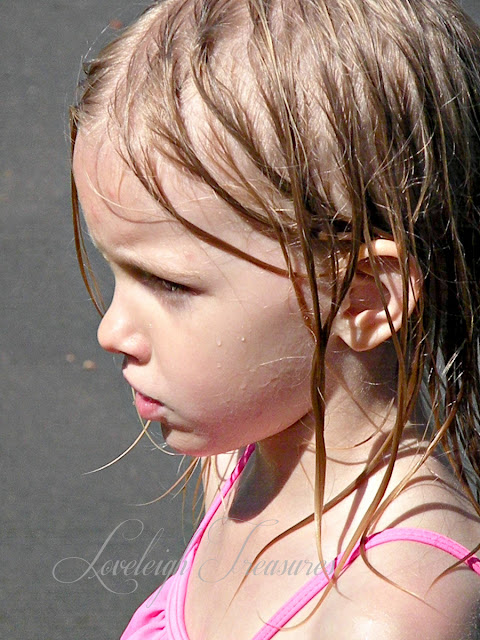 It's summer, it's hot and the nieces and nephews are here. That means it's slip n' slide time! This little beauty is all decked out in her pink swimsuit ready to take her turn! 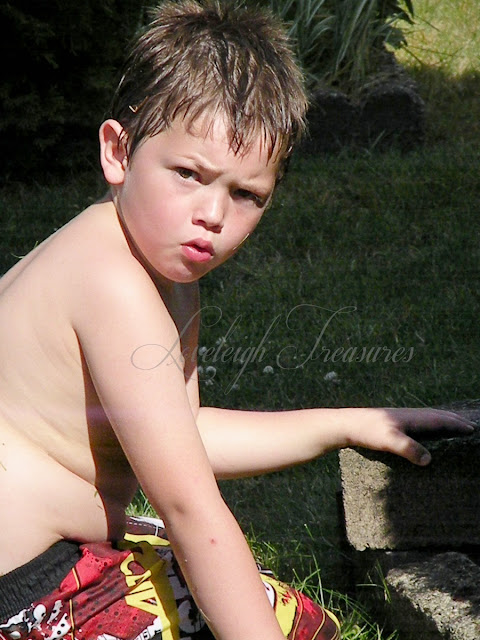 ...around the corner sits the Man Cub. Pouting. Mad about the order the for slip n' slide line.
Ya can't win them all. Someone somewhere is gonna get upset.

Happy Pink Saturday and I hope you have the loveliest of weekends! Hop over to Beverly's How Sweet The Sound blog to discover more PS links! 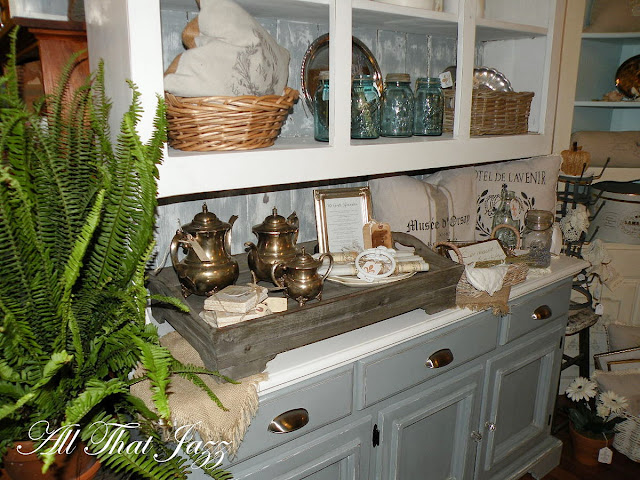 Hi everyone! It has been forever since I have posted. Life just plods along and on. No major disturbances other than the fact that my beloved pomeranian Hollie passed away last week. I still miss her oodles but time is healing my heart. In the mean time I have been keeping occupied with creating, painting and stocking All That Jazz. This post shows the pictures from the "re-do" that I did a couple of days ago. 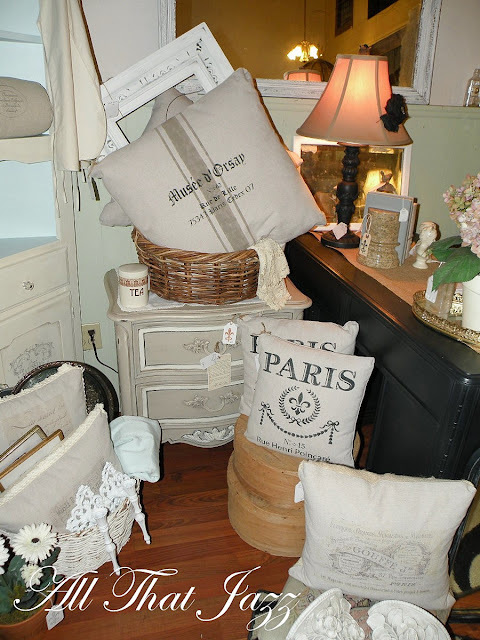 I made a few pillows. I recently ordered a few stencils from Maison De Stencils. The pillows that say Paris and Musee d' Orsay show some of what I ordered. They cost a pretty penny but I am hoping they will pay for themselves soon. 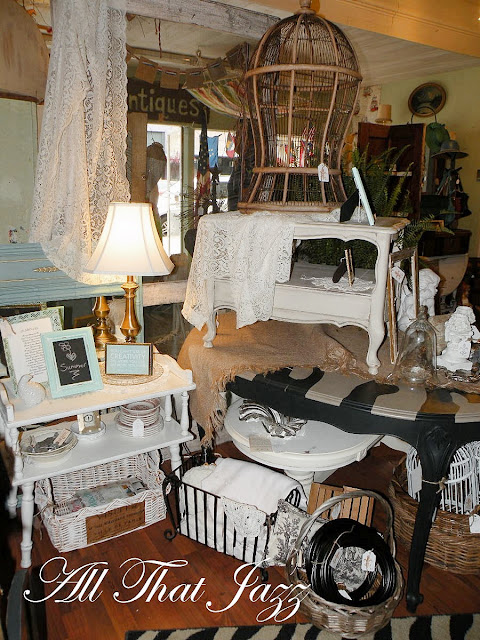 Vignette. I NEED this zebra table to sell! It had 4 chairs with it which I sold separately and now I am thinking I shouldn't have split the set up. 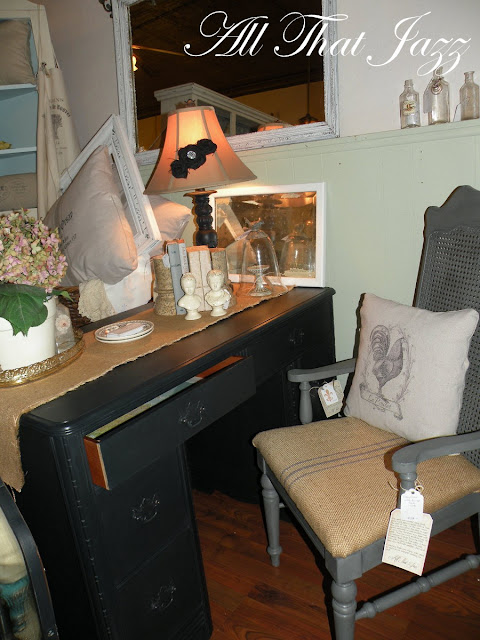 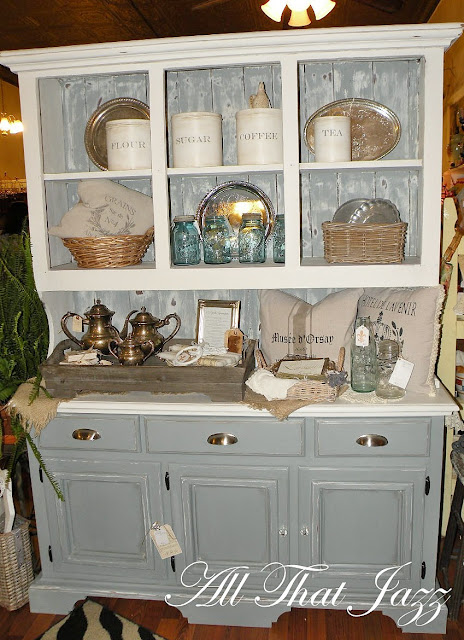 I just finished this piece and took it in. I had a very vintage cupboard I used to display a lot of smalls on and I sold it last month, very reluctantly because I LOVED it! Therefore I needed another big piece to display smalls on. I think it fits the bill rather well! 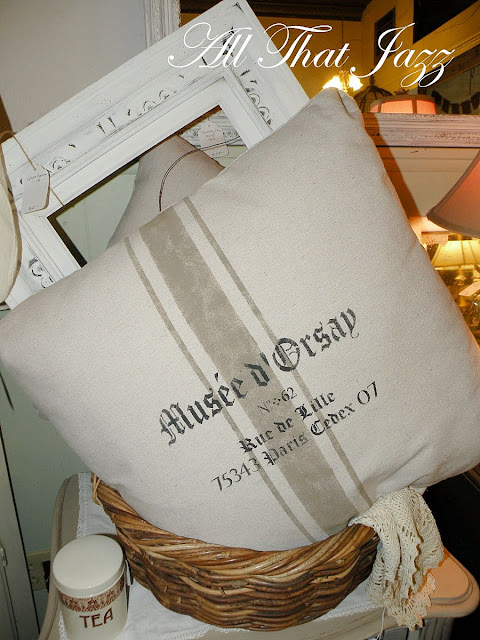 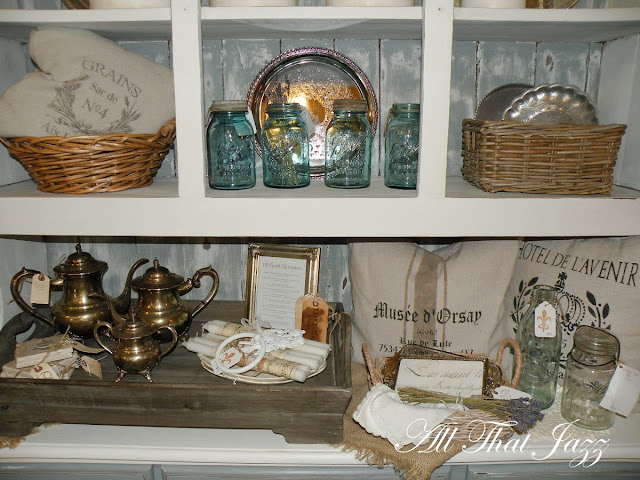 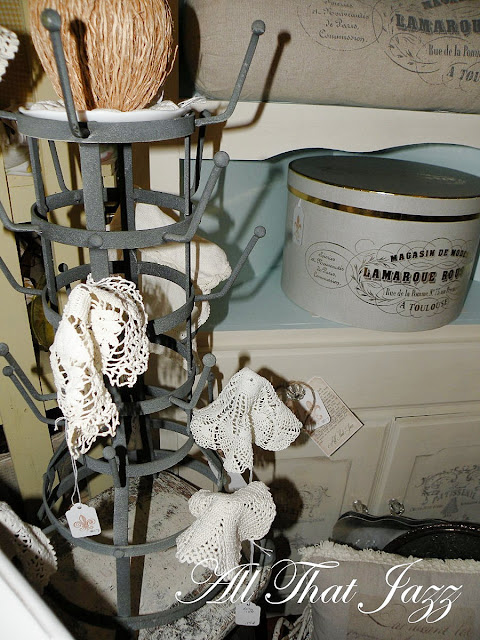 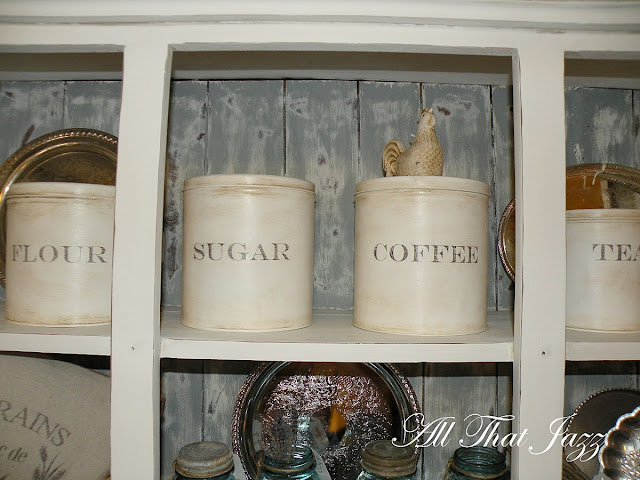 I refurbished these tins. They were originally white with red flowers, yellow with pine cones, blue flowered and bright yellow! Now they're a matched set. 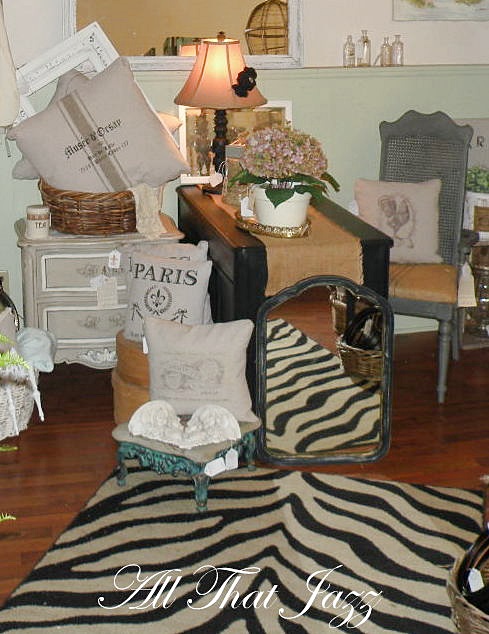 I hope you enjoyed the tour! I am now going to go off and visit all my blogging gals I have so neglected! 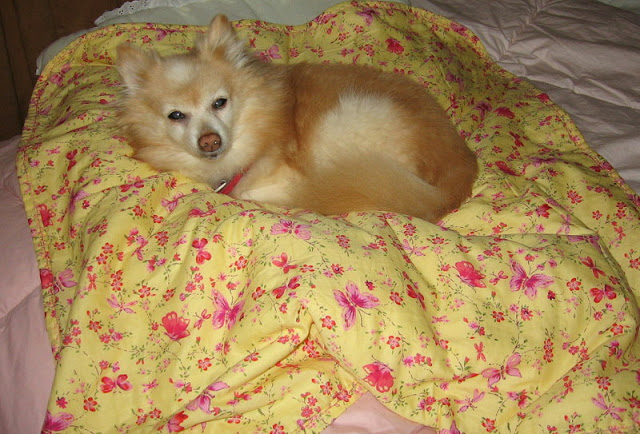 It has been forever and a day since I posted but I have a very special reason today. This post is dedicated  to my sweet pomeranian girl, Hollie Foo Foo. I have done several posts featuring Hollie, but this will most likely be my last. We had to have our Foo Foo put to sleep last Sunday.

Hollie Foo Foo was 16 and a half and in reasonably good health. This last year arthritis set in in her back hips and she was having difficulty walking. I sort of had it set in my mind that we would probably have to let her go before winter came and walking became to painful but on Saturday I discovered she had thrown up and after that she wouldn't eat. I tried everything. It wasn't unusual for her to be ill once and a while, she had a gall stone that would give her a tummy ache occasionally but she would eat after a few hours. This time she wouldn't and she would just wander the house and stop and stand in place. An emergency vet appointment was made for Sunday and they determined she had probably had a stroke and could detect neurological damage. 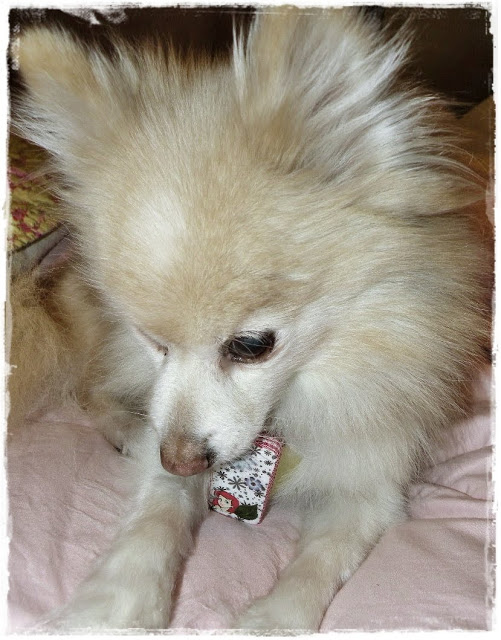 We made the decision to let her go. 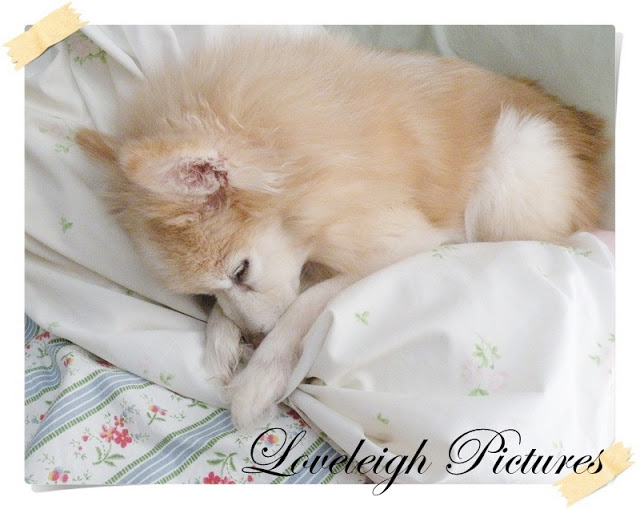 Oh this was so hard. I have never had a pet so long or been so close to an animal before. She had been with me pretty much every single day since she was a baby. Not having her around has been strange and has quite frankly, sucked. The daily reminders of her presence sent me to tears the first couple of days, her blankets and beds, dog food, leashes, coats hanging by the door, even her prescriptions in the bathroom cabinet, not being there at the door when I come in the house or curled up in her bed. Yeah, it all stinks. 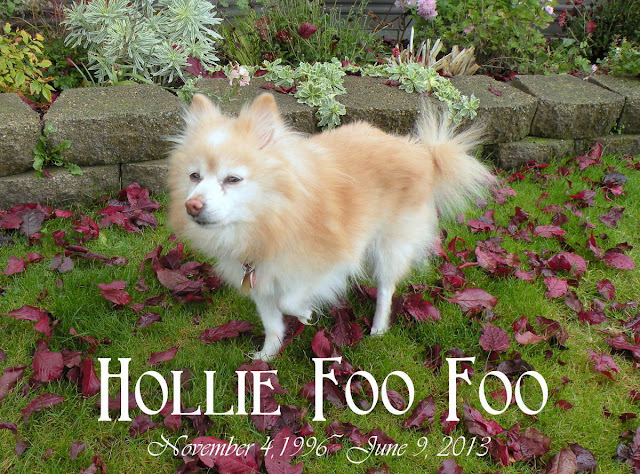 Each day gets a little better and eventually I know I will only think of her with a smile and no tears. She was a gift in my life and I loved her very much, my little pink nosed pomeranian.

The other links to Beverly's Pink Saturday can be found at her blog
HOW SWEET THE SOUND, be sure to pop in and say hello and see some pretty pinks!


I hope you all have a loveleigh weekend!