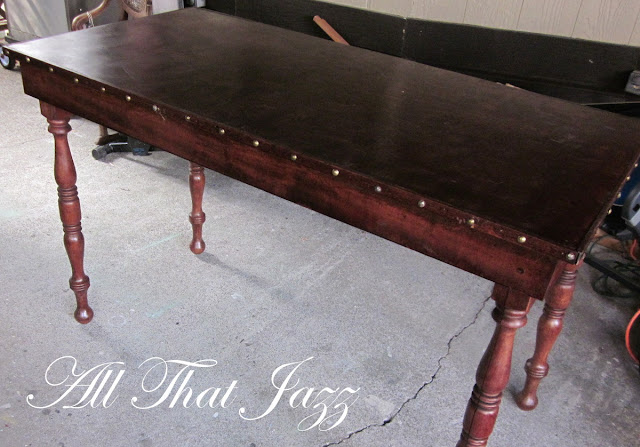 
Last week I shared this table and asked the question, "To paint or not to paint?".
Needless to say, I decided to paint. 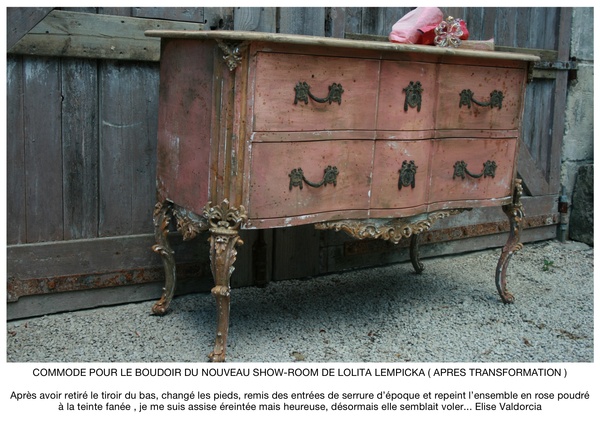 I found this piece online and it reminded me of  the can of Annie Sloan Scandinavian Chalk Paint I've had waiting to be used. I decided to go for it! 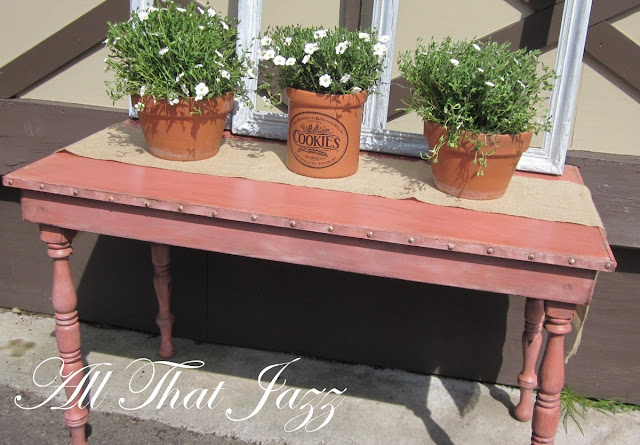 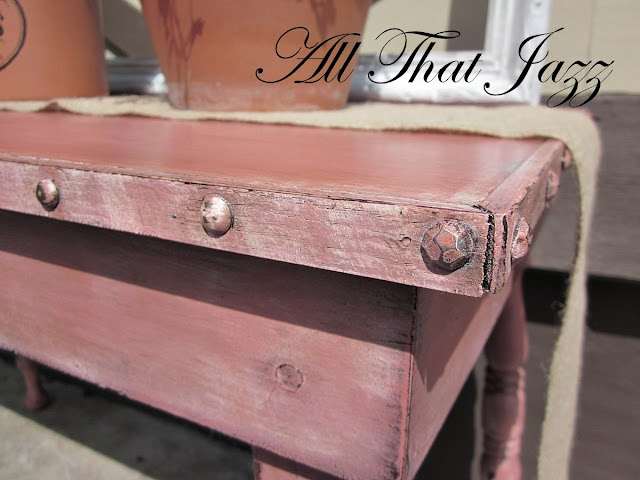 It turned out a warm salmon pink. I added some Pure White and a dash of Duck Egg Blue to add depth too. 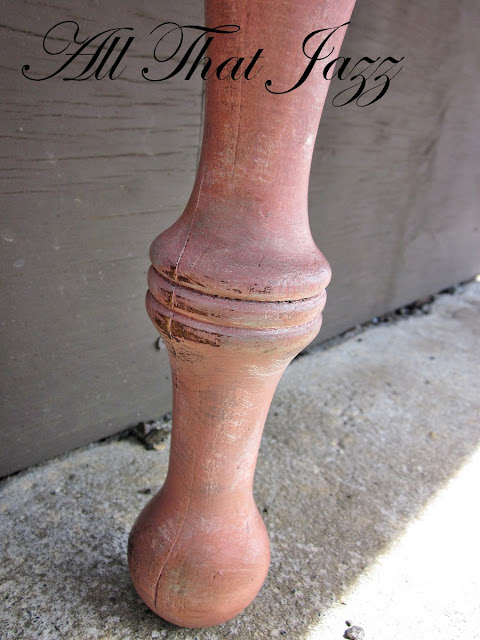 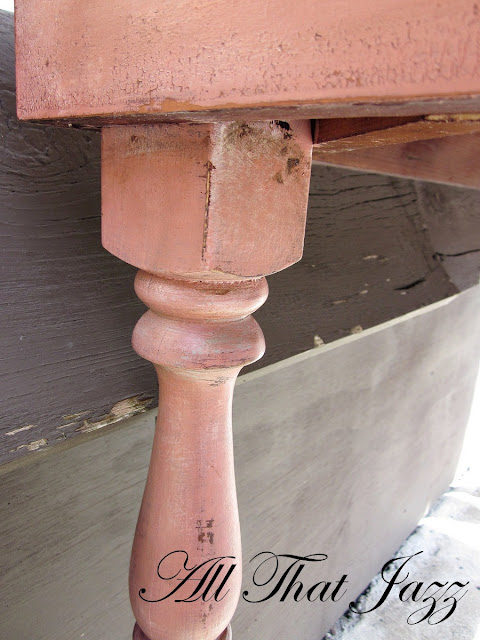 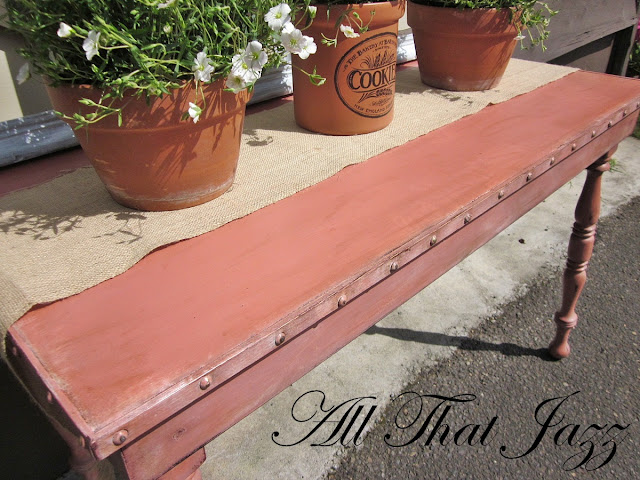 Now I just have to wait and see if someone else likes it well enough to buy it and take it home!

Thank you to Beverly for hosting Pink Saturday for us and be sure to visit her blog How Sweet The Sound for all the pink links.


Happy Pink and have a marvelous weekend!

To Paint or NOT to Paint 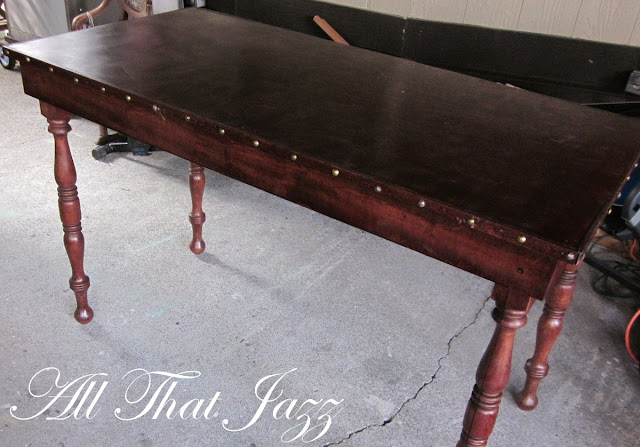 That is my question!

I bought this table last weekend and can't decide if I should leave it or paint it. I posed the question on Facebook and so far have gotten one paint it and one paint it black and distress it. Then I came across this picture. GORGEOUS right! I have some Scandanavian Pink Chalk Paint I've been wanting to use and the pink would be pretty with the reddish tint of the stain already on the table if I distress it and I think using some dark wax could be beautiful. However, is this going to be color people are going to be able to easily work into their homes? The table is rather long (4ft by 2ft by 30inches high) I may go for it anyway just for fun! I'll let you know how it goes.

As for not computing much, I'm still having internet issues just so you know that I'm not COMPLETELY lazy about blogging! Just a little bit lazy. 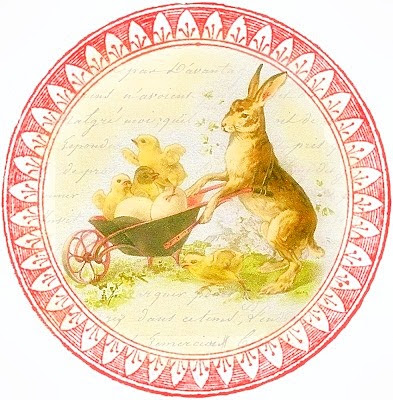 All I need to know I learned from the Easter Bunny!

Don't put all your eggs in one basket.
Everyone needs a friend who is all ears.
There's no such thing as too much candy.
All work and no play can make you a basket case.
A cute tail attracts a lot of attention.
Everyone is entitled to a bad hare day.
Let happy thoughts multiply like rabbits.
Some body parts should be floppy.
Keep your paws off of other people's jelly beans.
Good things come in small, sugar coated packages.
The grass is always greener in someone else's basket.
To show your true colors, you have to come out of the shell.
The best things in life are still sweet and gooey.
May the joy of the season fill your heart.

AND MAY GOD BLESS YOU! Happy Easter! 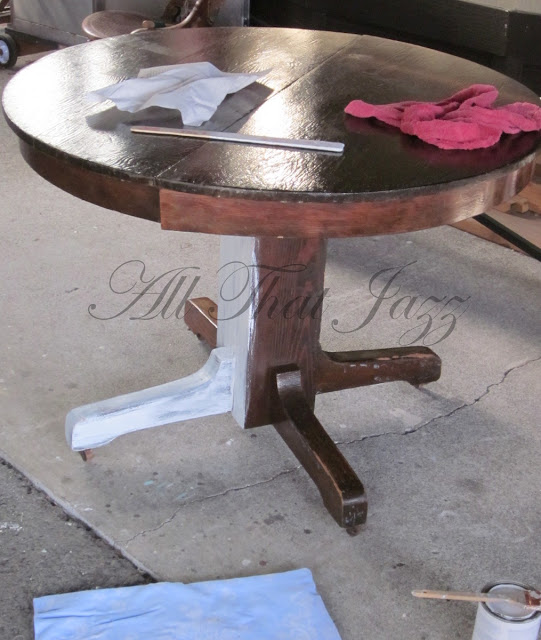 I FINALLY found a piece of furniture to makeover recently. I spotted a table and chair set on Craig's List and believe it or not, it belonged to my neighbor just around the corner! Too funny. 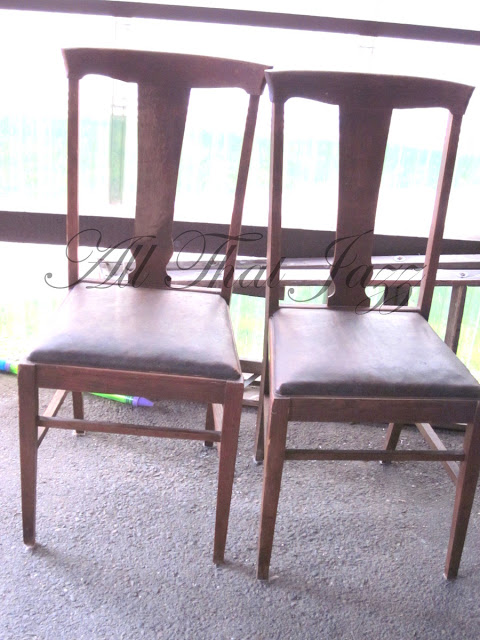 I knew right away I was going to paint the base since it was pretty marked up but decided to leave the top, although it is pretty marked up as well, I think it adds to it's character. I had planned to paint the base white but it was too stark and I felt the table needed a more vintage feel so I pulled out several nearly empty cans of Annie Sloan Paint and created a mixture of antibes green, duck egg blue and aubusson blue to get an antique style green. 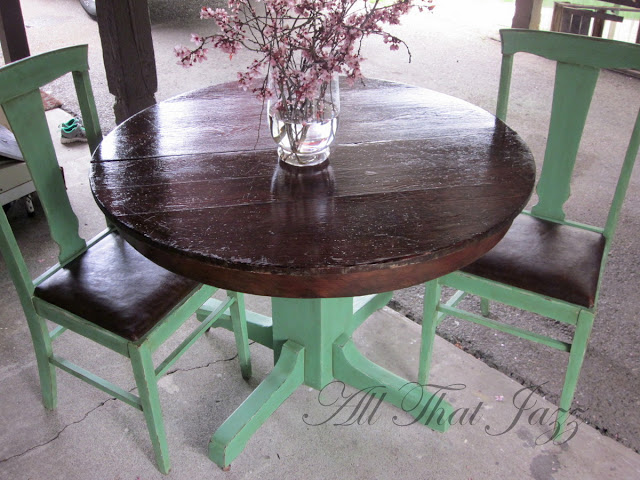 Do you like? Should I have gone white? I think the table may be from the 30's or 40's. It has a sticker on it and says it's from Texas but I haven't done any online digging yet. The chairs aren't original to the table. 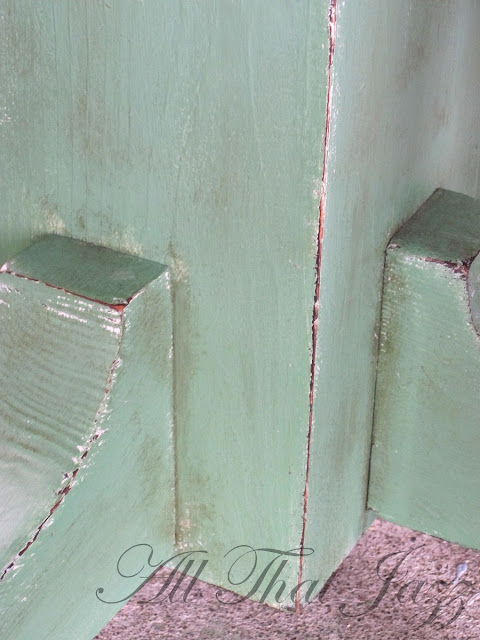 I painted an undercoat of pure white under the green paint to add extra depth. After I distressed the table and chairs on went a coat of clear wax with some dark wax accents. 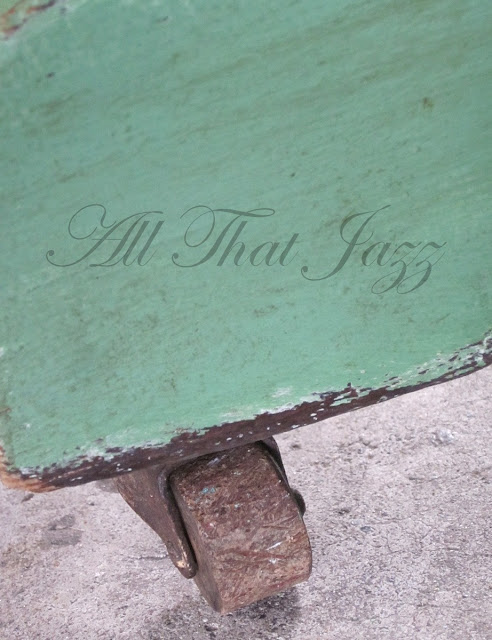 The table has it's original castor wheels. 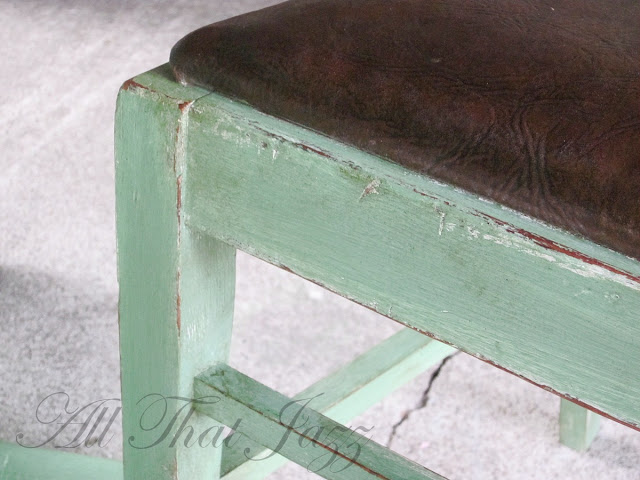 The two chairs have their original leather seats which I decided to leave instead of covering. 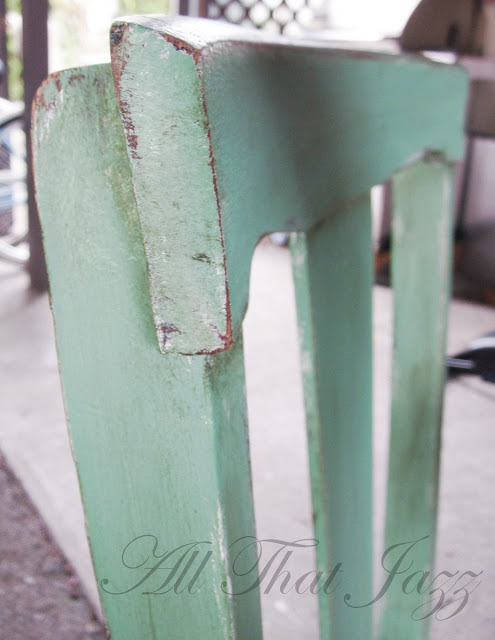 Thankfully I had enough paint, barely. I was SCRAPING the sides of the bowl because for the life of me I don't know if I could have mixed the exact same shade and have it match perfectly!  So she's all ready to go to Jazz as soon as I can get her hauled up there.

On a side note~In case you're wondering where I've been, my wireless is playing havoc with my laptop. Up until a month ago I had excellent internet speed. Lately I have been having problems getting on the internet and pages won't load at all. I haven't been able to nail down exactly what the issue is. I thought it was the router, but I am able to get on line very late at night and very early in the morning. Not my peak blogging hours to say the least. So I haven't been blogging but yesterday I heard Comcast will be in the neighborhood working on things and I was able to get online most of the day so now I'm wondering if they are updating their cables to allow for more bandwidth (more people to use it). So hopefully the problem is on their end so I won't have to put out any $ to fix things.


Hope you are all having a wonderful week!