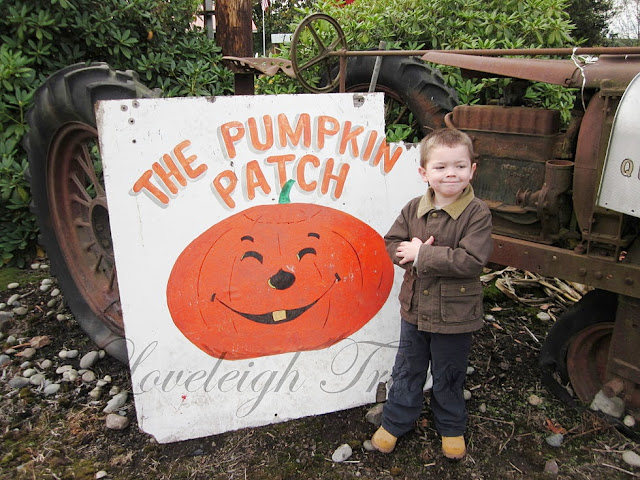 Took a couple trips to the patch last weekend. 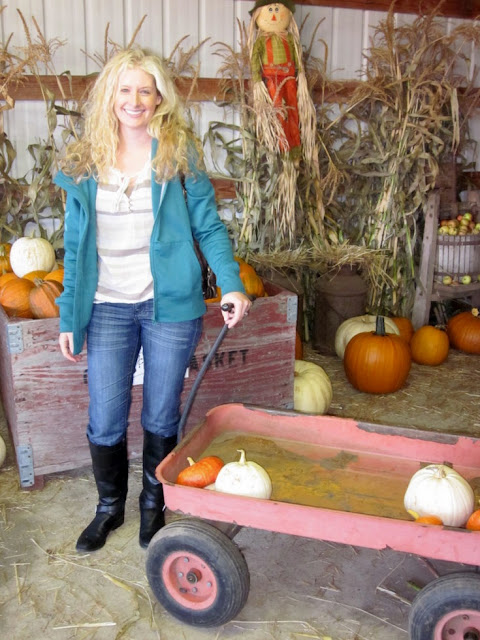 First I went with my Mom and my big Sister, who popped in from out of town unexpectedly! What a nice surprise that was. My Sister wanted to hit the patch because she lives in the city and figured it would be cheaper than buying them in town. I was shocked at how cheap they actually were. She was right. 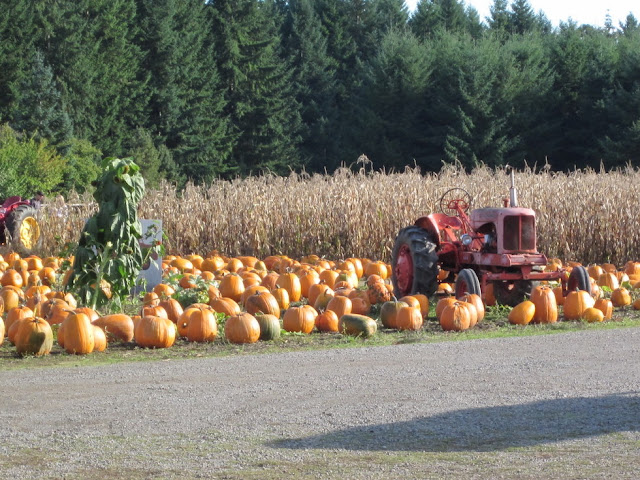 The second trip was with the Man Cub. He found out we went and was slightly irritated we didn't take him. 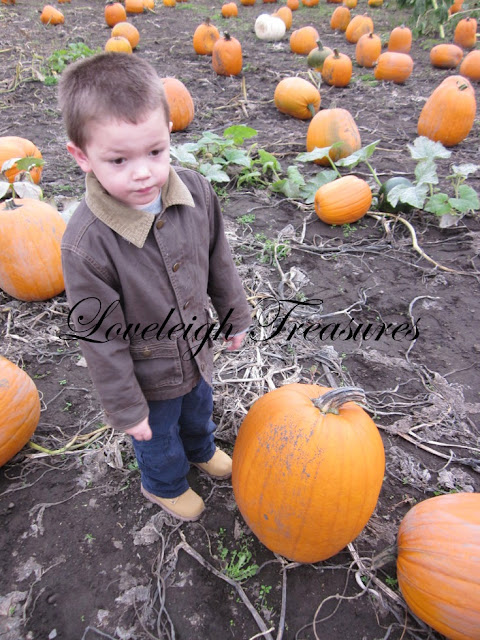 So off we headed down the road again. He went on the hunt for the perfect pumpkin. But it had to be big. The biggest. We've been reading a book every night called The Bumpy Little Pumpkin and it's a favorite so I thought he might chose a small one. Nope. He wanted the biggest one in the patch. 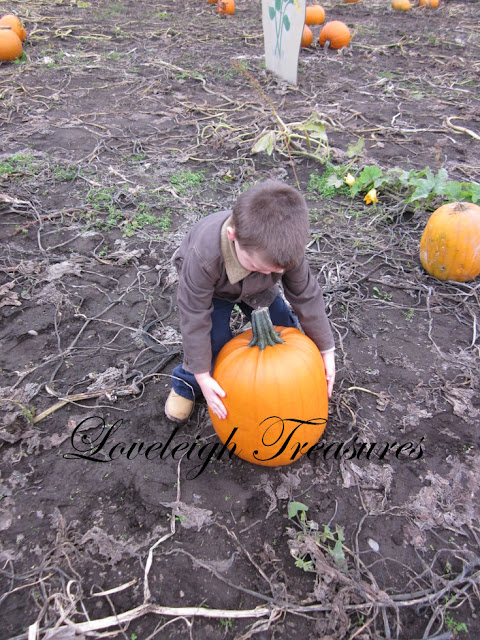 He found it! I made his Nanette pack it to the wagon because it was heavy. I'm nice that way. 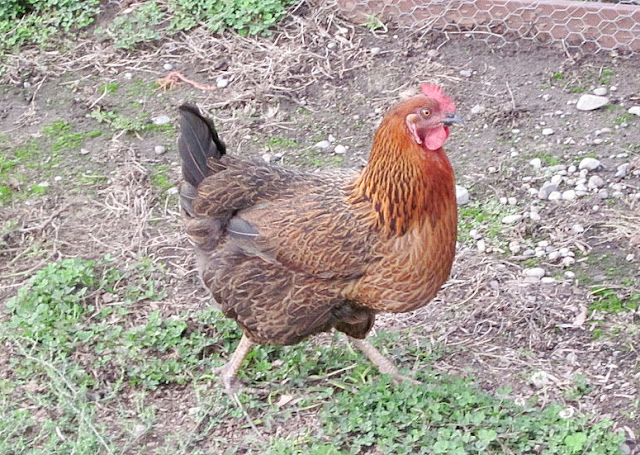 Then we went in search of the animals. 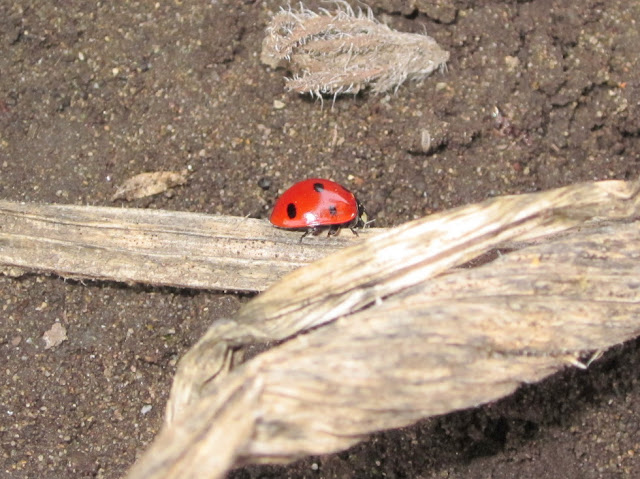 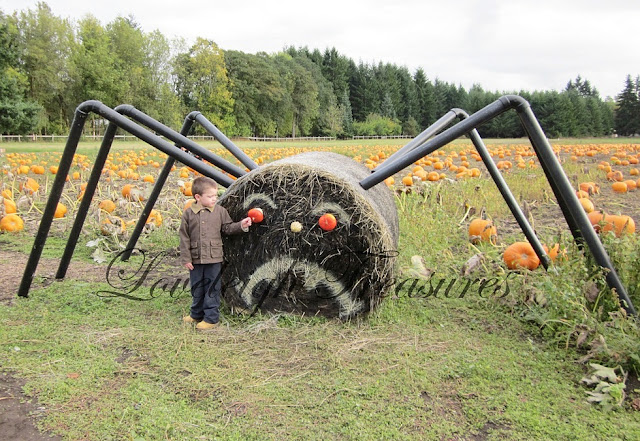 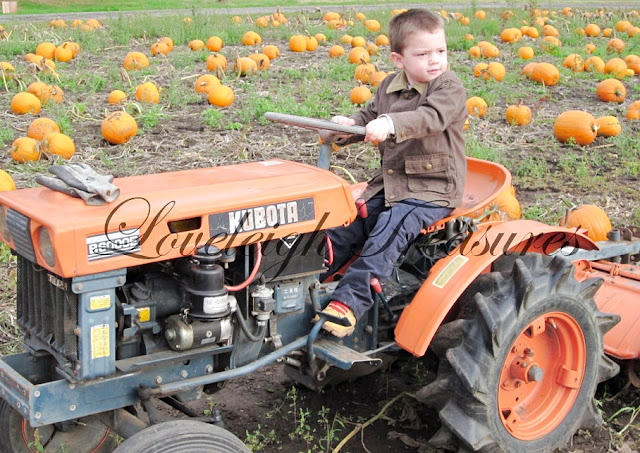 Tractor rides! Don't worry,  it didn't move, it was strategically placed there for photo ops. I wasn't brave enough to let him sit on one of the big old tractors. 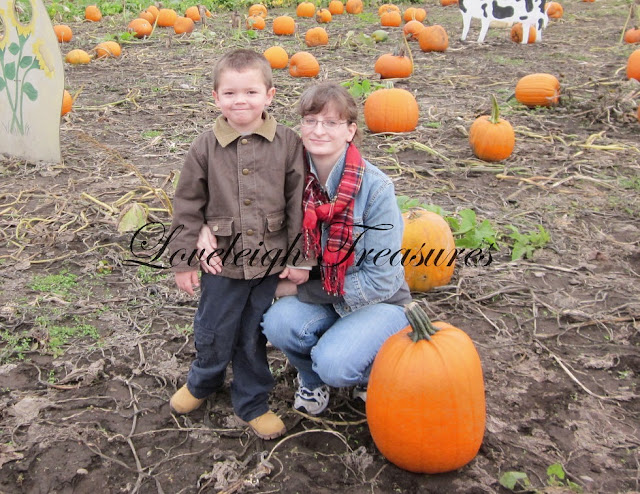 Me and my Man Cub. 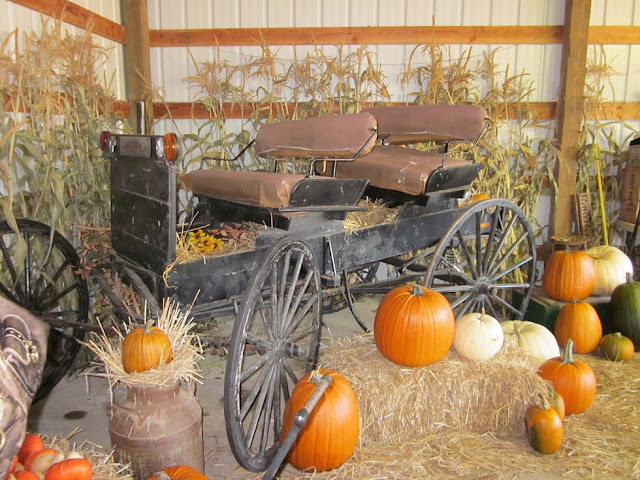 Back in the pumpkin shed, they had great displays. 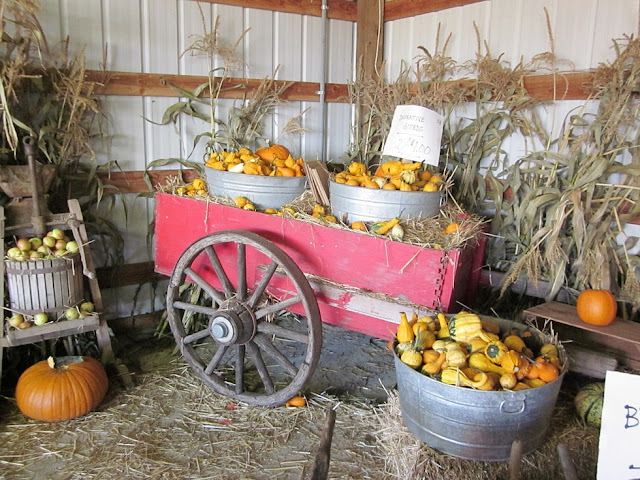 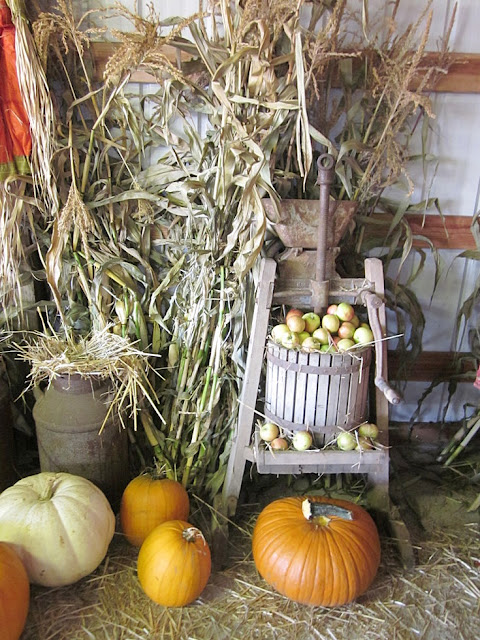 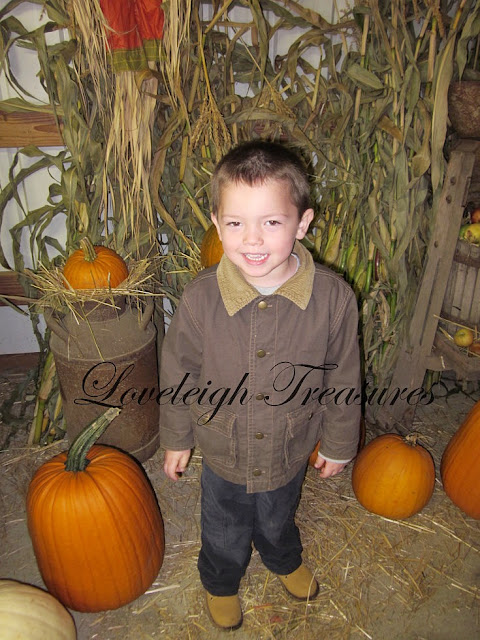 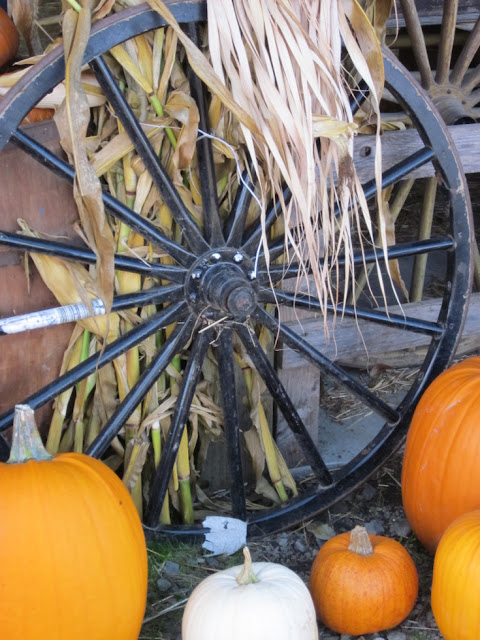 Now we just have to carve the pumpkin. I'm hoping his Mommy will take over that chore because I don't like doing it. I hope you're all having a great Fall. I am sad to say the weather her has been gloomy and rainy. Occasionally the sun will come out and all is right with the world!

Lovingleigh Created By Tara at 9:04 PM

What a wonderful trip to the pumpkin patch. I would love to find one near me.
Every year I say I am going to plant pumpkins and never do.
What is it about pumpkins that makes you smile.
Love these pictures of all of you. You and your sister are both beautiful and your little man is so cute
Love
Maggie

What a lovely pumpkin patch. I love the old hay wagon loaded down with harvested goodies.
Little guy sure had lots of fun. Love the photo of the two of you. Your sister is very pretty.

I'm glad that you had so much fun.

What a lovely post ... full of smiles. Thanks for sharing these Sares, I have never seen a pumpkin patch quite like it! I especially love the first photo ... don't know which smile's the best. :)
Hugs,
Sandi

What a lovely post! Looks like the most perfect Fall day filled with fun. Thanks for sharing all the sweet pictures.
Holly

I love pumpkins and a trip to the patch with my niece and nephew is always a great time. Your little boy is adorable.

Thank you for coming over to my blog Pine cones and acorns, I appreciate your comment. I too love that little sheep painting.

Have a fabulous weekend and stop by again soon, as will I.

Looks like you and the man cub had a great time! I LOVE pumpkin patches...I see there are white ones there! I am still on the hunt for mine.

hahahahah! "I hope his mommy will take over that chore because I don't like doing it." hahahahha! We'll see who carves that pumpkin, soon! Let us know! :)

p.s. in case you didn't notice, my facebook page is a fan of your facebook page! :) If you check the left side of my page, and click on my "favorites" you'll see your page there! :)

Oh, too cute! I love pumpkin patches!! I bet the man cub had so much fun. I think that big spider is a bit freaky, myself, LOL!
Happy Halloween!